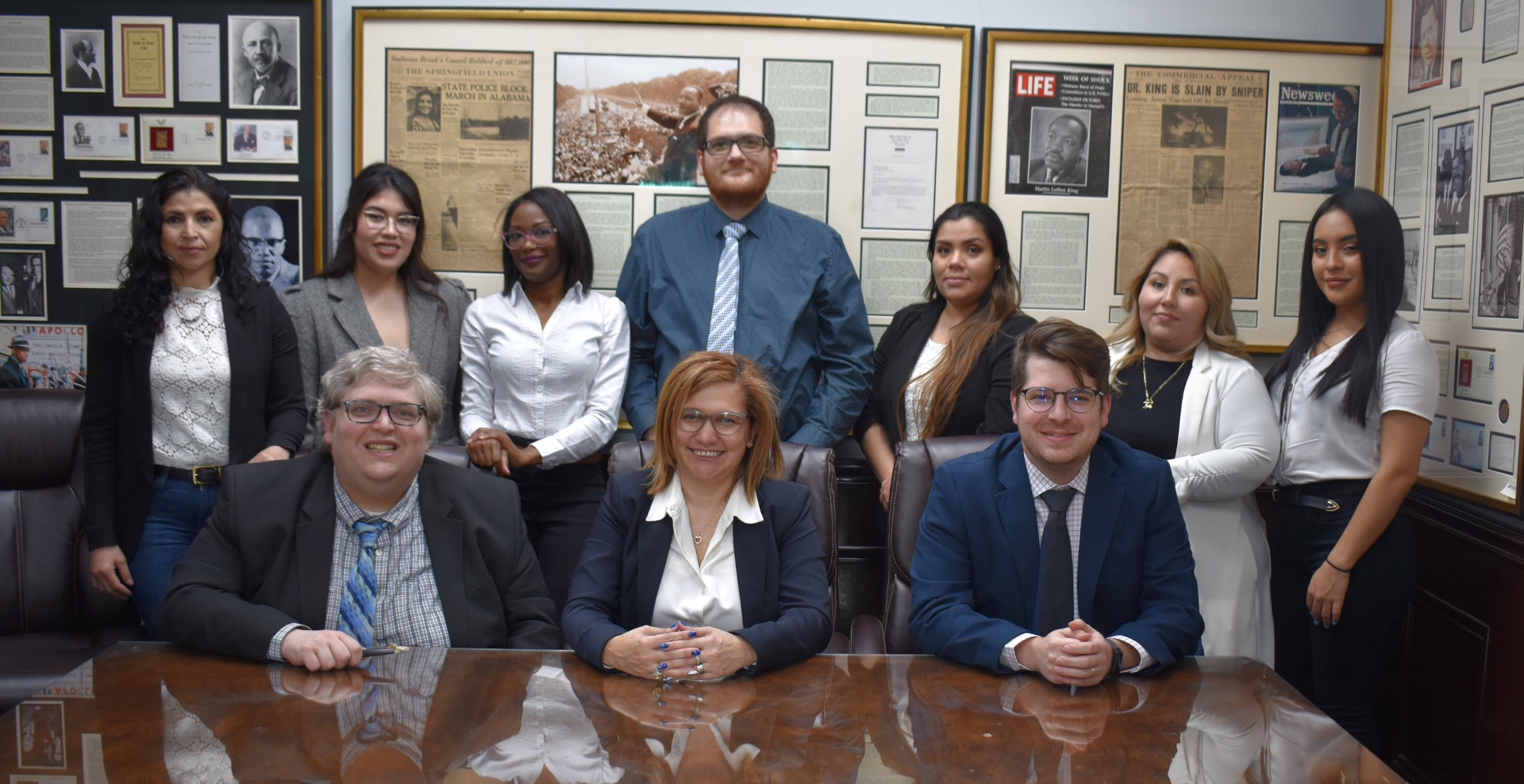 We are a boutique law firm dedicated to enhancing social justice and the rule of law for all people. We achieve our vision by aggressively defending and creatively advancing the rights of immigrants and their communities. Our primary experience lies in immigration and nationality law, the criminal defense of immigrants, civil rights and civil liberties, government accountability, and workers’ rights. Our immigration-focused lawyers have been involved in very high-profile cases in Nashville and throughout Middle Tennessee during their decades of practice.

Elliott Ozment’s academic accomplishments are commendable. He graduated from Vanderbilt Law School in 1975 and obtained a Certificate in the Program for Instruction for Lawyers from Harvard Law School in 1990. For his clients, what stands out even more than his educational background is his dedication to furthering their shared cause of obtaining the American dream. If you are reaching out to Elliott Ozment for an initial consultation like thousands before you have done, you are in the hands of a man who wears his humanity on his sleeve and is guided by justice.

Elliott Ozment was instrumental in getting Nashville law enforcement to abandon the use of the 287(g) immigration enforcement program in 2012. This program allowed the Davidson County Sheriff’s Office, whose charge is solely the safety and security of all inmates of the county’s jails, to interrogate detainees and recommend deportation for those who were allegedly in violation of immigration law. Learn more about our successes or meet our entire team.

Let Us Help You Reach Your Goal

Call us at 615-321-8888 or send us an email to schedule a consultation with one of our attorneys. Hablamos español.

Elliot Ozment was the founder and managing attorney of Ozment Law and a former Democratic Tennessee state lawmaker. He was a giant in Nashville’s growing immigrant and Latino communities with a reputation as a tenacious fighter for the underdog. People frequently went to Ozment to ready their paperwork to become legal permanent residents or citizens. He represented hundreds of individuals. “They are the underdogs,” Ozment told The Tennessean in 2010 about his clients. “This is what motivates me, animates me and keeps me going.”

“Elliott’s fearless advocacy and brilliant lawyering will have a lasting impact on the immigrant rights movement in Tennessee,” said Stephanie Teatro, co-executive director of the Tennessee Immigrant and Refugee Rights Coalition.

Ozment’s path to immigration law was an unlikely one.

Raised in East Nashville, Ozment was a full-time Church of Christ minister at separate churches in Donelson and Hermitage in the 1960s. But he said his views didn’t always match the conservative leanings of the church.He eventually attended Vanderbilt Law School, graduating in 1975. Interested in politics, he would go on to win a term as a Democrat representing state House District 60, which includes Old Hickory.

After a five-year stop in Dallas, Ozment returned to Nashville where he became vice president for development for HCA Management. His career then took an abrupt career turn in 1998 when he started practicing immigration law. Ozment opened a law firm off West End Avenue around the same time as Nashville’s foreign-born population started to boom. He later moved his law office to Murfreesboro Pike, near some of the city’s largest immigrant communities.

Ozment’s legal work is widely seen as helping lead to the end of Nashville’s enforcement of the controversial 287(g) federal deportation program. Ozment’s highest profile case was a five-year legal battle representing Juana Villegas, a documented immigrant who in 2008 was shackled to her bed at a Davidson County jail after a routine traffic stop as law enforcement started deportation proceedings. The case, which drew national attention as a flashpoint in the debate over the deportation of undocumented immigrants, was eventually settled in 2013 following approval by the Metro Council.

The Tennessee Human Rights Commission named Mr. Ozment as the 2013 recipient of its Lifetime Achievement Award.

SEND US AN EMAIL